A cheap drum machine, not at all bad sounding. Decent on board sequencer and synth toms that you can play chromatically on its own MIDI channel. Howl-knob adds overdrive and distortion to the signal and at maximum will start emitting extra terrestrial audio signals even when not playing. Connect it to a modern DAW and you will not be able to play loops it with though. This is because the Tom Cat will return to the beginning of its own sequencer only when receiving MIDI SONG POSITION POINTER = 0-message which is sent by DAWs (as far as i know) only when you return to the beginning of the song. The Tom Cat will adjust to the tempo of the DAW and start playing at the beginning of the song but if you create a loop in DAW where the Tom Cat should jump back in time it will lose its sync. Only way to get the sync back is by starting from beginning once more. Frustrating but not a deal breaker. Maybe. 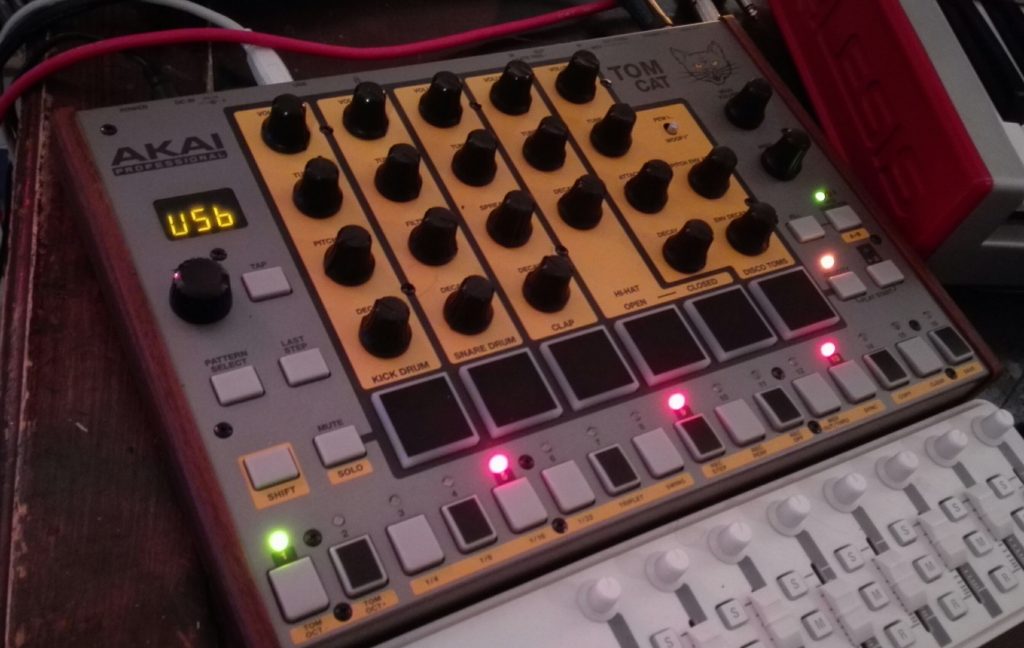